Our music is available on CD as well as your favorite streaming platform, such as Apple Music, Spotify, Tidal, YouTube Music and more! 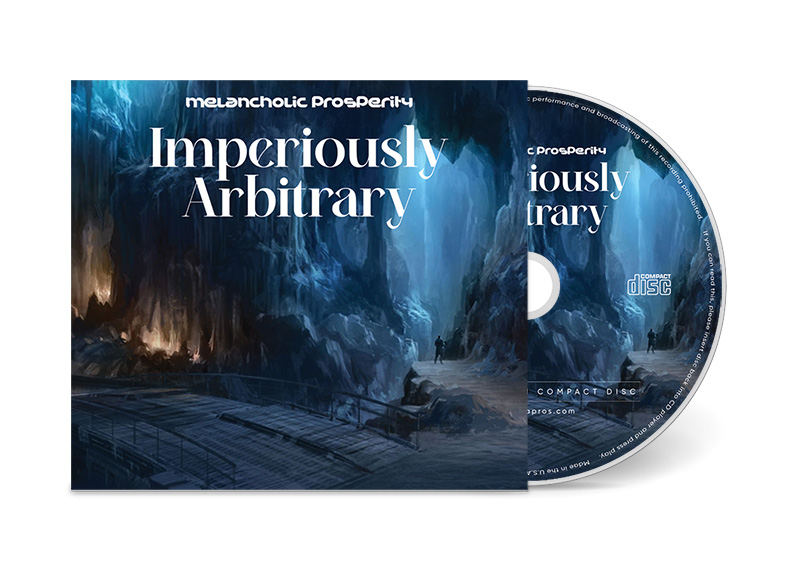 Melancholic Proserity's second album is to be released May of 2022 after the success of their debut album, "Contents Under Pressure." The new album is titled "Imperiously Arbitrary" and will have some significant differences from the prior release. For example, there are no lyrics--it is entirely instrumental. The album will also feature more brass and less synthesizer.

The album will be mixed by Christian Heilman (MixerGuy.com) and features the artwork of Muhammad Nawaz

"Imperiously Arbitrary" will be available to preorder on CD early- to mid- April.

Melancholic Prosperity has been mentioned by music lovers all over the world.

Melancholic Prosperity is a progressive rock band formed by songwriter, multi-instrumentalist, and producer Ryan Hankins. It can be described as symphonic prog with roots going back to the 60's and 70's, with appreciation and influence associated with Yes, Pink Floyd, Genesis, and many other prog bands.

Ryan started learning instruments while in elementary school such as piano and trombone. As time progressed, so did Ryan's musical palate with trumpet and bass guitar added under his belt.

While attending college, he minored in music and joined the alt rock band Zariah (now known as "The Danger"), then joined Sons of Neptune, a psychedelic progressive rock band. He then signed on with progressive metal band Fistful of Britney (now known as "Breeding Stock"). After a short hiatus, he became bassist for prog rock band Dissonati. With Dissonati, he performed at the first Seaprog festival (held annually, with a few exceptions) in 2013. The performance was recorded and subsequently released as the album "Live At Seaprog 2013." After focusing on career and family life for quite a while, 2020 proved to be a turnaround year in music for Ryan. When COVID-19 was running rampant, Ryan began writing music while in lockdown, but not just any old music. A long awaited concept album! This album is known as "Content Under Pressure," release date March 1, 2021.

Melancholic Prosperity is unavailable for booking shows at this time. We are, however, able to make arrangements other types of events within the United States.